End of a sketchbook

We had a good run ol' friend. I even used some of your pages double sided (something I rarely do). I have to move on to someone else though. So long dear sketchbook and I'm sure to look upon you from time to time... cheers.


These are some sketches that I did at LAX


I really liked how these two guys were conversing. The guy on the left was very energetic and in the guy in the right's face most of the time and the guy on the right was just laid back and listening. 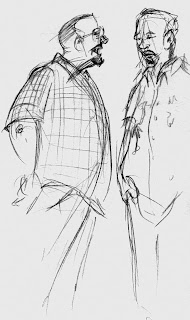 I saw this fat kid in a HUGE sombrero with a backpack on just twisting back and forth. I really would like to do some kind of painting or animation with it. Simple, but funny. 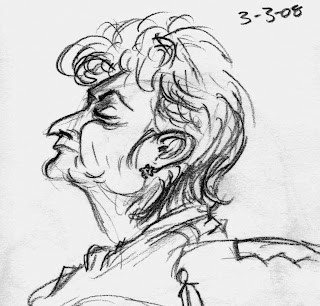 This old guy was great. It's not often you see people at the airport dressed up, but this guy was wearing a blazer. He's definitely old school. 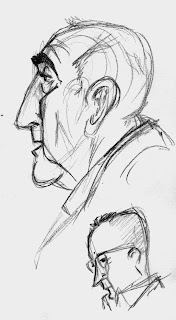 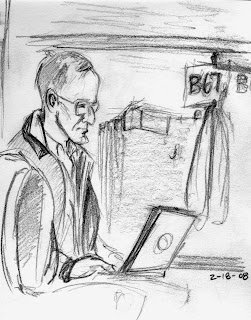 These were sketches I did at Borders today


This is actually a sketch I did at LAX, but I really wanted to make a drawing of this dude I saw at Borders in Glendale. He just looked so jovial and into the book he was reading. He was obviously too large for the chair he was sitting in as well and was WAY too dressed for winter, especially when it was like 60 degrees outside. 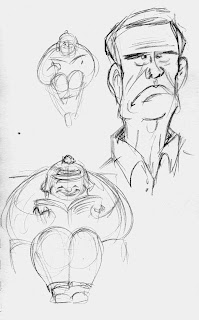 I was flipping through the channels before I went to borders and I came across the univision or telemundo version of Family Feud. This guy is inspired by the dad of one of the families on the show. 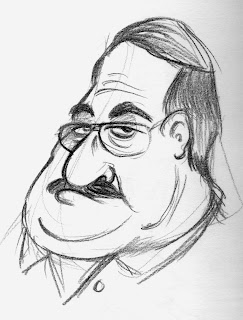 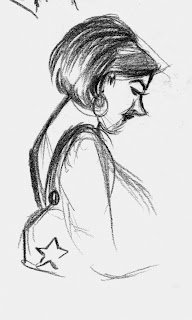 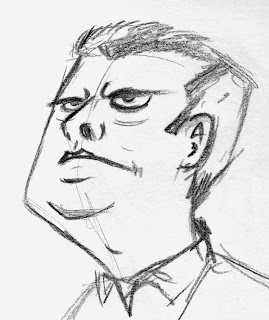