Here are some sketches I did at the airport while traveling to Michigan and back.
The Saturday before we left, Rebecca and I attended a Princess and the Frog panel. Animator Randy Haycock was there and he was asked what they look for in animators at Disney. He said, not only to draw people, but draw a story. When drawing a girl on a cell phone, he wants to know who she is talking to on the other line and what they're talking about in a single drawing. For the first time I felt like I had an honest answer from someone at Disney. Usually I would get the same thing over and over "Just keep drawing" or "Observe and draw what you see". So here are some drawings I did. Some are drawings telling a story and others are caricatures of the people I saw, taking what I learned in my caricature class and putting it to use. 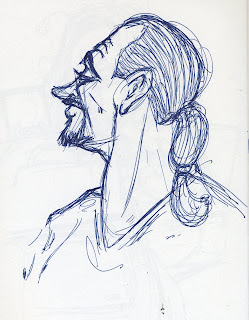 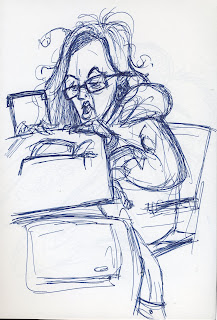 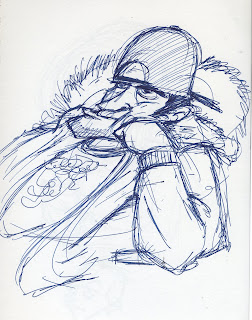 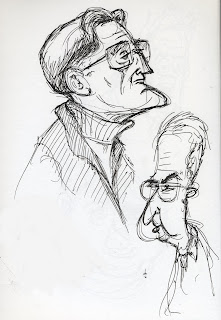 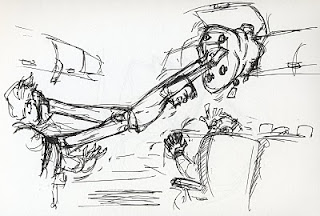 Posted by optionjoe at 5:32 PM